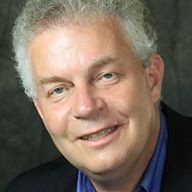 David Yates is a recently retired teacher who taught 30 years for the Avon Maitland District School Board.

Since 2007, his local history column has appeared in The Focus, Goderich Signal Star and other papers. In 2013, David’s historical writings earned him the Queen’s Diamond Jubilee Medal. In 2014, he was a member of the Great Lakes Storm of 1913 committee which won the Governor-General’s Award for Community History Programming.

Last November, Dave launched his new book Out of the Woods, a compilation of just a few of his nearly 600 stories on local history drawn from his column.

David will be host and moderator for audience talkbacks during New Histories/Old Roots. Get your tickets today.